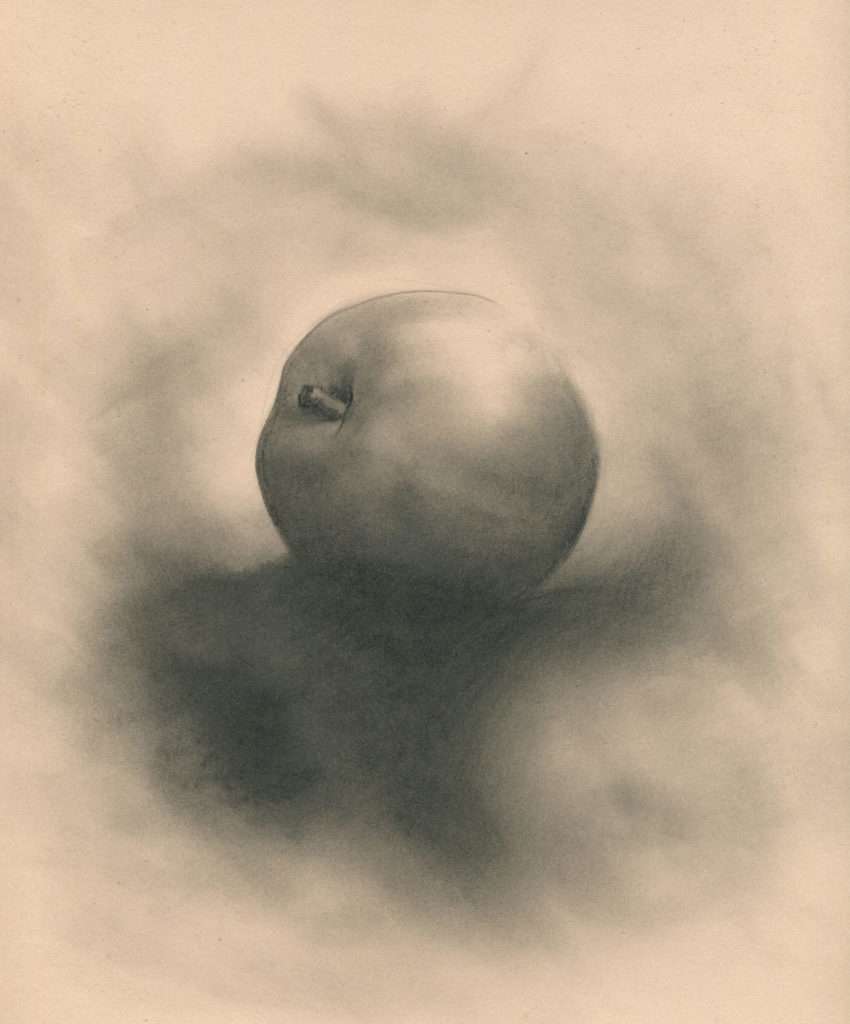 In the series Observations from the Natural World, artist Leslie Holland combines her interest in botany and chiaroscuro/sculptural techniques, which were developed by Renaissance and Baroque masters, and as expressed through Classical Realism to create forms that emerge from darkness. Her primary drawing subjects are the classical botanical forms of the pear and apple, as well as voluminous floral shapes, which do not rely on color for recognition. Her affinity for typeface design and typography led to developing a series of letter- and number-form drawings based upon classical typefaces, reinterpreted in graphite. Type forms push through the ambiguous mist of shadow and light to be partially or wholly revealed.