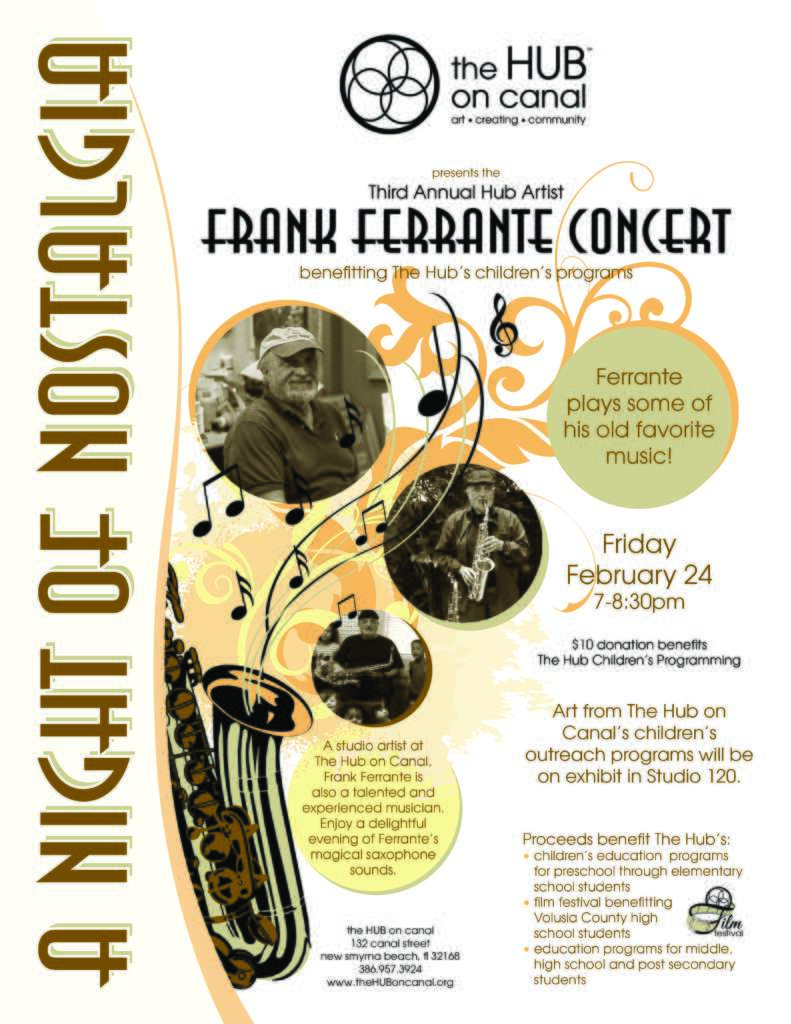 A Night of Nostalgia with Frank Ferrante – Fundraiser

A NIGHT OF NOSTALGIA…
SOME OF MY FAVORITE OLD MUSIC

Artist and Musician, Frank Ferrante, presents a Fundraiser at The Hub on Canal. Frank is a studio artist at The Hub on Canal. He is also a talented musician who spent part of the 1960’s playing in The First Marine Division Band while stationed at Paris Island, South Carolina. The sounds of his magical saxophone will delight the audience as he plays a medley of all your favorite songs.
Frank is dedicating his proceeds from the evening’s musical performance to The Hub on Canal’s programming for children.

$10 donation for all, with proceeds going to the children’s programming at The Hub on Canal.