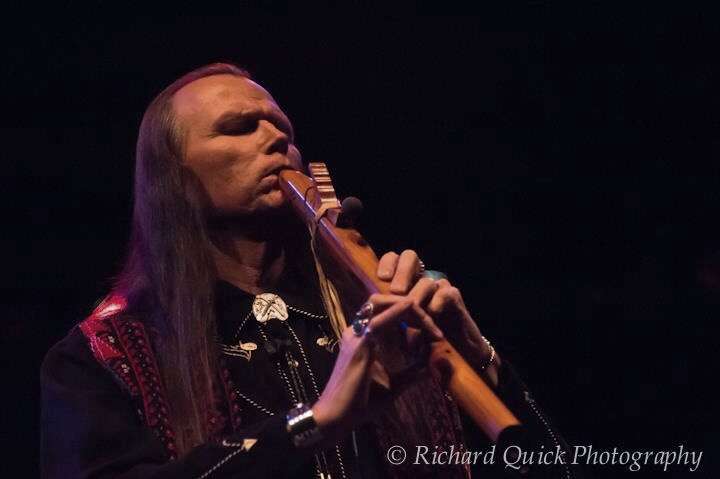 John Two-Hawks is a GRAMMY® and Emmy nominated, Platinum Award Winning recording artist whose music has been featured in movies by Fox Searchlight, films by HBO, and programs by The History Channel. A veteran Native American flute virtuoso, Two-Hawks has toured throughout the world, performing for audiences as large as 12,000. John, whose Lakota name is Siyotanka (Big/Great Flute), belongs to the Oglala Lakota community, and it is from this cultural lineage that the soul of all his music is born.