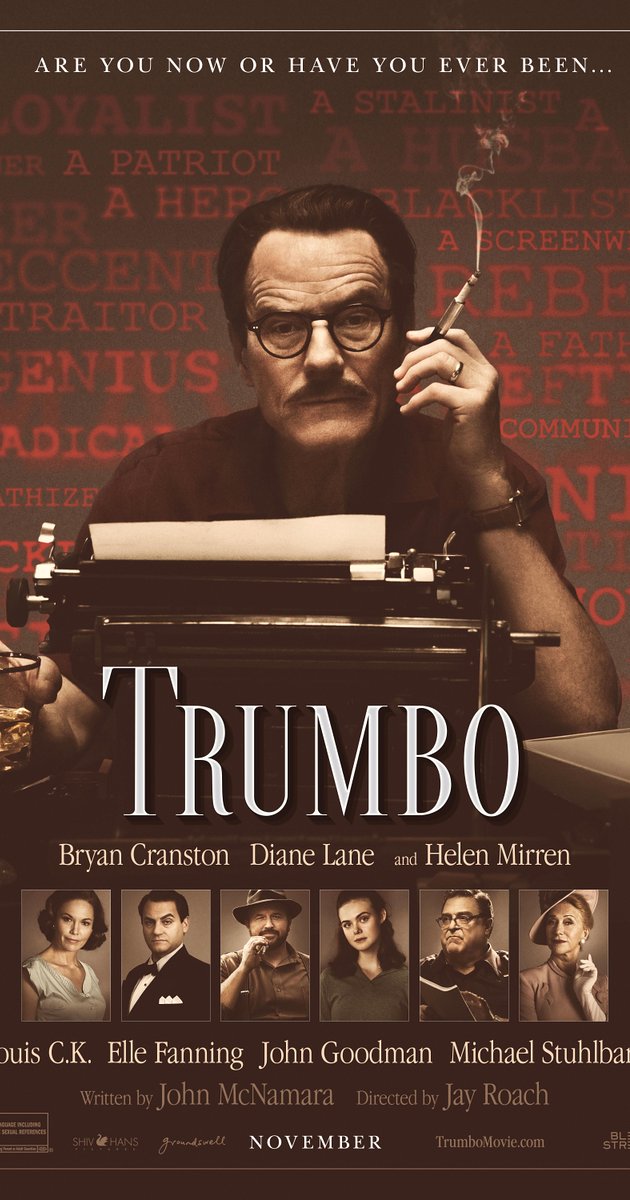 Art in the Form of Film: Trumbo

SPECIAL Price: $7 includes a glass of wine or a bottle of water

In 1947 Dalton Trumbo was the top screenwriter in Hollywood.  His position at the pinnacle of his profession ended when he was blacklisted and jailed for his political beliefs as anti-communist sentiment and fear swept the country.  Rather than recount the era through Congressional hearings Trumbo depicts the fallout on a personal level.  Bryan Cranston was nominated  for a Best Actor Oscar for his portrayal of Dalton Trumbo.  Instructor Paul Marino will introduce the film, raise questions to ponder and host a post-viewing discussion.

Fee: $7 includes a glass of wine or bottle of water.