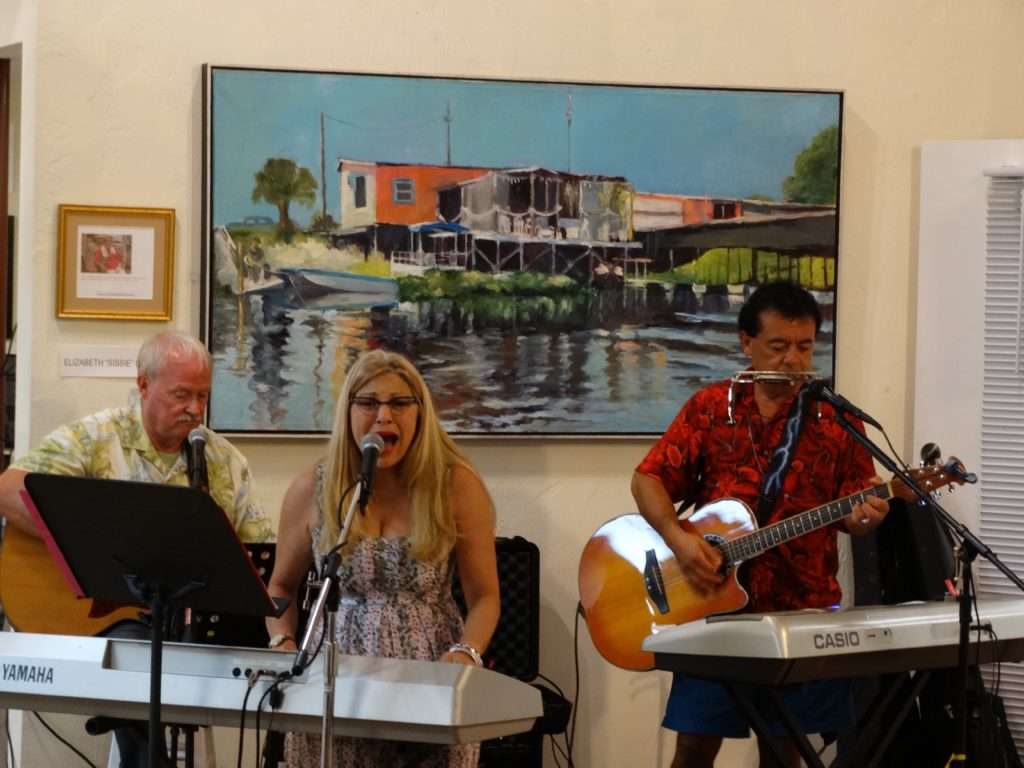 Join us for the monthly 1st Saturday event!

COME IN AND HELP US CELEBRATE OUR 5TH BIRTHDAY!

At The Hub on Canal:

DOWNTOWN MUSIC FESTIVAL
PERFORMANCES AT THE HUB – FREE to the public 3:45-5:15pm : Nancy Hartline & the Sons of Beaches, Easy listening pop guitar and vocals
Nancy Hartline was born in Shadyside, Ohio and moved to Ft. Lauderdale at the age of three. “My first memories of singing were as a child in the second grade with my school’s glee club.” After high school Nancy began joining a number of garage bands usually singing at weddings and parties. Eventually Nancy began working with a talented New York City keyboard player, where they worked as a duo in many of South Florida’s cabarets and nightclubs. After several years, Nancy moved on to form a five-piece Top-40 band around her vocal talents. With its line-up of South Florida’s best musicians, Nancy’s band toured extensively throughout Florida’s dance clubs. Nancy however was unable to simply be a top-40 performer. She began to sit in with Ft. Lauderdale jazz musicians who quickly asked her to join their different groups. Nancy did just that and soon developed a following which included many of South Florida’s most demanding jazz critics. After a couple of years Nancy was worn-out just singing jazz so she then formed an all-female rhythm and blues group, called “Heartline.” Heartline was a big hit and performed throughout South Florida, from nightclubs, festivals and Caribbean cruises to Miami Beach’s Clevelander and other bars on Ocean Drive. Not too long thereafter Nancy began to write and record her songs which took her on the road throughout the Southeast United States. While touring Nancy discovered the natural beauty of North Carolina and relocated to NC, living and singing throughout the Tar Heel State. Her desire to be near her mother and sisters, however, brought Nancy back to Florida where she reunited with really great musicians and songwriting partners. “Moving to North Carolina and then back to Florida meant my music has been heard and enjoyed by many fans. Things really do happen for a reason.” Currently living in Central Florida, Nancy continues to write and sing professionally. Right now Nancy is working on finding a Nashville publisher or label that would like to work with her songs. As a songwriter Nancy believes she will be able to reach many more fans with the help of all the many fantastic artists and musicians in Nashville.

5:00-7:00pm : The Hub’s own HubCats band. Join David Maib and his eclectic/jug band in the beautiful Courtyard hidden inside The Hub on Canal.