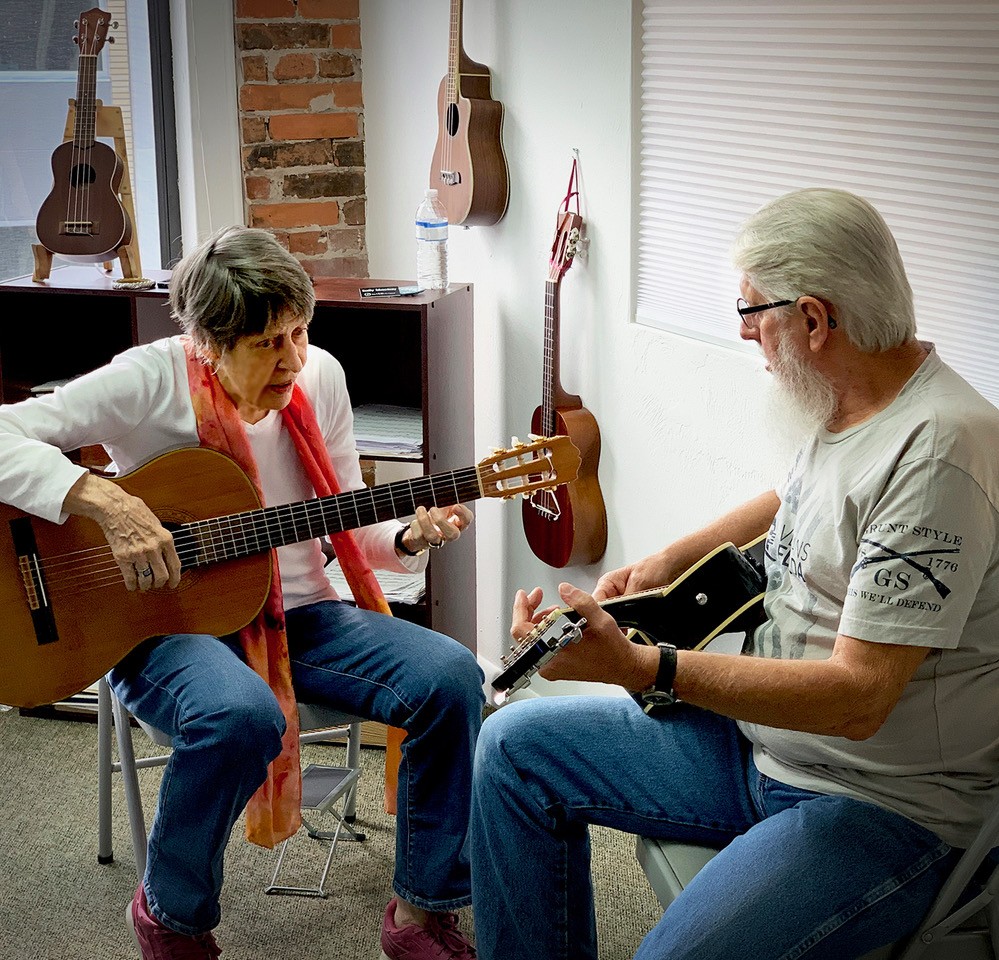 Recently I had the honor and the delight of sitting down with the mover and shaker from across the pond.

Arriving in the United States in 1973, Mrs. Mackay and her family with three young children immigrated from England.  After much thought and planning, the decision was made to leave family, friends, and country to pursue a better life for the children.  She emphasized the difficulty involved in immigration and expressed great admiration and sympathy for anyone choosing that path for the sake of the children, and even more for those running from famine or violence or similar conditions.  She spoke of leaving a known culture and moving to a land where a different language is spoken, a consideration she was unaware she would encounter.  She expected to understand others and to be understood, but language is deeply rooted from birth and she was not raised speaking “American.”  I had to laugh when she told me that Richard, her American husband of 34 years, still misunderstands her, mistakenly believing that she is angry or being snooty, when she’s just speaking “Brit.”

This NSB transplant was able to advance from the position of having no job and no local friends to being a well-known individual with influence and authority.  When she ran for mayor in 2007, her platform was “Keep the Charm,”  “charming” being the descriptor I would use for New Smyrna Beach and which I hope will always describe my adopted town.

Those years were difficult for the entire country, and New Smyrna Beach was not alone in feeling the effects of a major depression. Main streets in small towns faced special challenges, and New Smyrna Beach had two of them, Canal Street and Flagler Avenue. It would be a huge undertaking. Fortunately, our new mayor was blessed with activist genes and a spirit of advocacy.  (Her grandmother was a suffragette who chained herself to the palace gates to protest women’s lack of voting rights).  She attended conferences and meetings with other mayors and leaders, seeking ideas for overcoming the blight that had overcome our town. After finding the necessary funding (thank goodness for Volusia County and the Community Redevelopment Grants)  cleanup of the two downtowns began.  The empty stores needed new, compatible buildings.  Staff had to work with them, offer the right incentives and ultimately, get rid of the For Sale and For Lease signs, the boarded up windows and the scattered bottles and trash.  According to Mrs. Mackay, “We wanted ‘feet on the street,’ ‘lights on at night,’ and ‘people’…all the while making sure that  we were maintaining the ‘spirit and the feel’ of NSB.”

Of course all this took time.  Mayor Mackay’s two years were up and the election season loomed.  Her loss in the re-election bid led to what I believe to be New Smyrna Beach’s greatest asset (other than the beach itself). She and her longtime friend, Susan Stern, were meeting for her birthday, and Susan asked her what she was going to do next.  As they celebrated, the concept of a working space for artists and community was born and took flight.  The next day Susan Ellis, another friend, joined the effort and the work was underway. “Without  the extraordinary commitment of these two amazing women,” says Sally, “The Hub would never have come together.”  They worked tirelessly, meeting after meeting, from February 2010 until opening day on March 1st 2012.

First step, The City had to get on board and they insisted on five things:  community backing, a venue, 75% occupancy, money, and a strategic plan.  This was in 2010. Undaunted, our ladies set forth, getting petitions, helping to get Canal Street designated as a Historic District, raising money, and finding an appropriate venue.  Tasks were divvied up.   Susan Ellis basically in charge of anything financial, Susan Stern addressed the need for artists and teachers, and Sally went to DSC Business School to learn how to write a strategic plan.

(I picture them as the brave pioneers, jumping into their covered wagons and with great ambition and fortitude, setting out to conquer the West).

Limited funds ($22,000) led to limited possibilities.  One of the first properties examined, for example, was  the present Corkscrew.  An architect advised them that a minimum of $500,000, would be required to convert the building into what they needed, AFTER they paid the purchase price. Holy moly!

After an extensive search, a Godsend!  The art show “Images” was being held downtown and their headquarters was the two-story building on the corner of Canal and Magnolia.  Owned by a group of Texas businessmen, it had been occupied by software developers, but for five years had been boarded up with a “For Sale or Rent” sign.   It was a beautiful building, already subdivided into small offices that would make perfect studios.  And at around $6000 a month for three years, it was within reason monetarily.

Almost immediately, artists stepped in, claiming spaces:  Oralba, Gail Bokor, Beau Wilde, Yolanda Pelz, and Toni Slick, among others.  Many are still there. To transform this building into a usable space, the only thing that had to be done was to change the locks!

Music, too, became an integral part of The Hub on Canal.  Classes are offered as well as regular entertainment.  In fact, Sally teaches both ukulele and guitar.  Her introduction to, and love for, music she attributes to two specific and emotional memories.  Mrs. Mackay was born the year England entered the war. Her father, being a doctor, served at the front and the family went to live with the grandparents in Swansea,  Wales.  Because it was such an important port, the town was heavily bombed.  She remembers being in shelters with, in particular, American soldiers and they would sing.  Two songs she remembered them singing were “You Are My Sunshine” and “Hitler Has Only Got One Ball,” which she was forbidden to sing. The end of the war provided the young Sally Mackay the second musical memory.  In her grandparents’ home, the family sat listening to the radio as bells tolled from Coventry, Liverpool, London,  and all across Britain.  She has never forgotten the effect the music had on her.  Her recount of this moment brought tears to her eyes and goosebumps to my skin.

As much as music and art are woven into the fabric of the Hub on Canal, the underlying purpose for the endeavor was community outreach.  The name was coined by Susan Stern’s son.  It is indeed a hub of the town, offering up not only incredible art, but entertainment, classes in language, writing, yoga, and providing services for veterans, Alzheimer’s patients, underprivileged students, as well as summer camp for youth, among many, many other programs. Mrs. MacKay states that The Hub is a microcosm of New Smyrna Beach, which is a microcosm of society.  She says change should be “trickle-up.”

This passion, empathy, and tenacity fuel Sally Mackay. When I mentioned to her  that a line in Hamilton, “Immigrants: we get the job done!” made me immediately think of her, she instantly disclaimed, “Oh, no…it’s community: we get the job done!”  She continued, “It’s all about the countless hours that board members, volunteers, and our artists have put into what The Hub is.  It’s all about working together.”  How fortunate are we, that a British immigrant, who came to the US to make a better life for her children, spurred a movement that changed our little town forever, while keeping the charm.

For more Sally, you can view a taped interview https://richesmi.cah.ucf.edu/omeka/items/show/4385