Founders Gallery – May – Emerging: A Mix of Local & Promising Talent 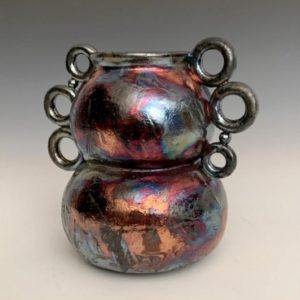 Opening Reception May 7 from 4-7PM

On display through May 29

Emerging: A Mix of Local & Promising Talent by Daytona State College Studio Arts Students. The students included in this exhibition are either seeking an art degree or taking DSC courses as an elective to enhance their skills and knowledge in the fine arts. These promising and talented students are displaying their growing levels of skills and creativity in this show, Emerging. 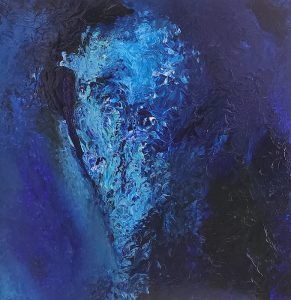 On display through May 1

We all understand that the color blue is considered calming. Reds, oranges and yellows evoke stimulating responses. It’s also scientifically accepted that the arts have a therapeutic effect. Dr. Enzo Trapani, renowned artist and neurologist, has taken these basic concepts much further. Many years of research in psychology, medicine, nutrition, quantum physics and spirituality has led him to establish what he calls “Enzology.” Trapani’s exhibition will show and explain how color, art and the environment combine to both promote and restore physical and mental health. 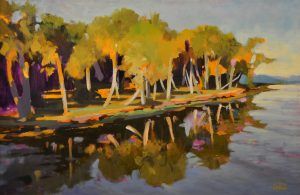 Impressionism was born in France in the 1860s. The movement grew tired of academic teaching’s emphasis on depicting subject matter with literary overtones. Until then, paintings were done in the studio from field sketches. The impressionists instead chose to downgrade the subject matter and shift attention to the artist’s manipulation of color, light, tone and texture. Painting shifted to en plein aire, where the artist dispassionately painted the colors they saw at a moment in natural light.

Dennis Childs brings the impressionist style to Florida landscapes and other outdoor scenes.

“Reach Out, I’ll Be There to Love and Comfort You” 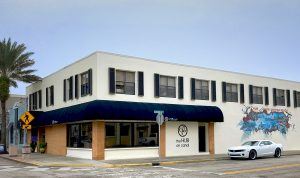 And an entire room erupting in giggles at the sound of the last bit of paint being squeezed from a bottle. “Ohhhhh, that’s a f*%t!”  (I just can’t type it; that’s another “f” word that hurts this Southern woman’s ears.)

These are just a few of the excited remarks I heard coming from Room 17 at The Hub on Canal on two different Mondays and from two different age groups. 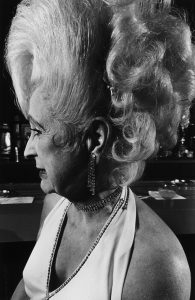 Betty Turco is soon retiring from The Hub after a long and experience-filled career and life in service of the arts.

I first met Betty Turco while going through volunteer training at The Hub on Canal. While quite friendly, there was no idle chit-chat; we received our volunteer handbooks and went through them quickly, but thoroughly. In the years since, I have passed Betty frequently and it seems she is almost always on a mission. Trying to get a time to sit down and chat with her about herself makes me hum that ‘60’s song, “Elusive Butterfly” to myself.

To Be Frank, I’d Have to Change My Name 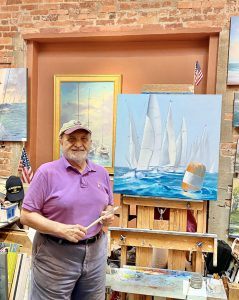 I have a funny story to tell you.

Three or four years ago, I was having an estimate done for tiling my balcony. The gentleman took a look at a painting hanging on my wall and asked, “Is that supposed to be a wave?” I said, “Yes, it’s supposed to be.” He responded, “Well, is it finished?” I answered, “I guess it’s finished until Frank Ferrante comes to my house and tells me what else I need to do.” The tiler said, “Well, I’m an artist and I guess I’ll just call it an abstract.”

Recently, I told the story to Frank Ferrante and showed him a photo of the painting. 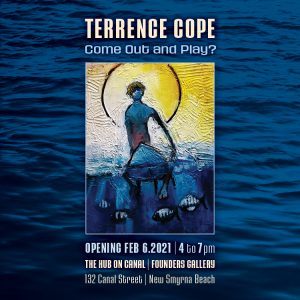 Come Out and Play?

Time that turned my beard white and wrinkles my brow has shaped memories. Memories spill out in texture and color. Details lost or broken in time are now abandoned. Hard lines separate loves and adventures of days gone by. As the tremors in my hand increase and sight climbs the scales of dollar store glasses, I find that images in my head are not so exhausting. Corroded faces of youth stare back from a time not so long ago. Images drawn like Sunday comics isolate images in my playground. My body settles as my mind still believes it can dance through the night.
Oh well …. 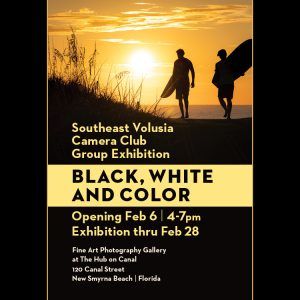 The Hub worked with Steve Trofatter, President of the Southeast Volusia Camera Club, on an exhibition of works by 14 of the club’s members. This exhibition features black & white and color photography of wildlife from around the world, Florida land- and seascapes, and antique cars. Meet the artists at the opening from 4-7pm. Exhibition through February 28 in The Fine Art Photography Gallery, 120 Canal Street, two doors east of The Hub on Canal. The event is free and open to the public.

The Man Behind the Glass 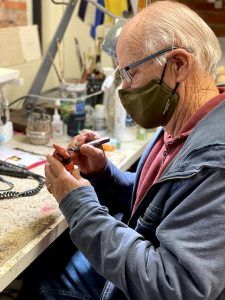 I love The Hub on Canal. It has a personality, an aura, that evokes an awareness of the presence of tremendous talent and creativity. I think, simultaneously, “I could never accomplish anything like this” and “I wonder if I could produce something artistic.” From seeing the mural on the Magnolia Street side of the building to walking in the door and being greeted by smiling volunteers, The Hub makes me happy. If I enter and see woodcarver Tad Fyock working in his studio behind the glass at the front desk, I get an extra spurt of joy. Tad is always smiling and always willing to chat, whether about his work, about your family, or about general news…just open a conversation.

Quite Chuffed to Meet with My Mate, Sally Mackay 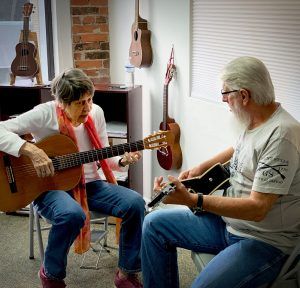